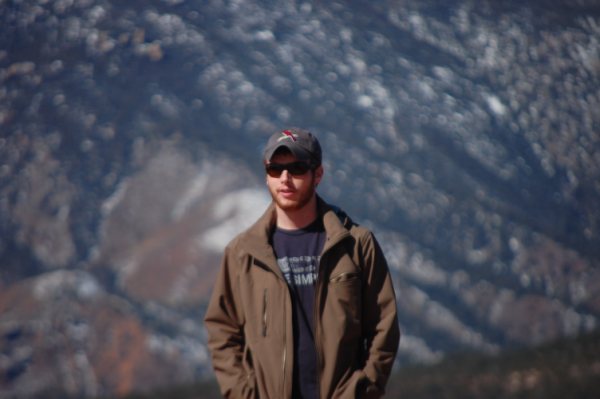 Nic loved being with people–he took to everyone. He could easily converse with a three year old or an eighty year old. He always found something in common.

Nic’s former Team Captain wrote “I was lucky enough to know Nic as a professional and as a friend. Nic and I may have been separated by rank and position but I always thought of him as a peer. I sought his counsel on all decisions and valued his opinion even when it was contrary to my own.  His professionalism was without question and he supported every decision I made even if he did not agree with it.  Working with Nic was such a pleasure because you could always count on his work ethic, integrity, and intelligence to accomplish the mission.  It came down to character; Nic was someone who I could trust implicitly to accomplish any mission without taking any shortcuts or cutting any corners.  He was never a “get it done” kind of guy but instead, a “get it done right” kind of guy.  His reputation preceded him wherever he went and he continuously met and exceeded expectations. Though, his time in Special Forces was cut short, ultimately, Nic achieved what every man yearns for, the admiration and respect of his peers as a man who could be counted on and true to his word.

As a friend, Nic was also someone who could be counted on. He made long deployments more bearable with his humor and, of course, with his music. One of the things I remember the most and love about Nic was his passion for music…there are certain songs that remind me of him because he turned them on to me before they became popular.  I was always impressed how he could listen to music and recognize talent before it became fashionable with the rest of us.

Nic was the kind of soldier that other men strive to be and the kind of friend that most people wish they could have. I know how blessed I am to have been able to work with a soldier of his caliber and to have called him one of my best friends. I will never take that for granted nor will I ever forget what an incredible man Nic was and what he gave up in service to our country.”

“To simply speak with Nic, you would never know the remarkable accomplishments he had achieved in his professional life. He was never one to boast or brag, and probably would not even tell you what he was in the Army unless pressed. A conversation with Nic would give you the impression that he was a regular guy in his mid-20’s. He was interested in music, sports, television, movies, and hanging out with friends and family. After speaking with him, a person could tell he was smart, confident, and very easy to talk to.

However, those that knew him best knew that Nic’s seemingly ordinary interests contributed to him being an extraordinary person. He was always years ahead of trending music. If Nic recommended a band to you that you never heard of before, you could bet your bottom dollar that the band would be filling stadiums within a matter of years.

Nic’s occupation kept him away from the people and places that he loved most. Therefore, when he was home in America, he developed a deep appreciation of experiences that most people take for granted. Nic’s time at home was always a whirlwind of catching up with friends, family, and entertainment. It was not enough for him to simply go to the concerts or sporting events that he loved so much. He needed to bring along the people he loved. He loved to buy as many albums as he could from up and coming artists, but then would turn around and share the music with his siblings and mom. He wanted to buy the best seats available for the Cardinals game, but only if he could bring his dad. When the lineup for Lollapalooza or Bonnaroo would come out, he would buy 2 tickets: one for him, and the other for his best friend that could not afford to go. For as much as Nic loved music and sports, the thing he loved the most was making his friends and family happy.”

Nic had completed three deployments to Iraq between 2007 and 2011 and most recently was deployed to Baghlan-e-Jadid, Afghanistan from January through February 2012 in support of Operation ENDURING FREEDOM XVIII. Nic arrived back to Fort Campbell on March 6th 2012 for another short training cycle and was then scheduled to return to Afghanistan to rejoin his team.

Nic is survived by his parents Fred and Jeanie Moses, his siblings Daniel (Holly), Paul and Beth Moses and Lara (Joseph) Hart; his nieces and nephews Jillian, Elise and Calvin Hart, and Thomas and Gwenyth Moses and his grandparents Richard and Marilyn Antrobus. He was a treasured nephew, cousin, and friend to many.

Sergeant First Class Nic Moses died March 15, 2012 after being shot multiple times by another soldier. He was 26.

He was a light in our life that shone so brightly. He is our Hero.